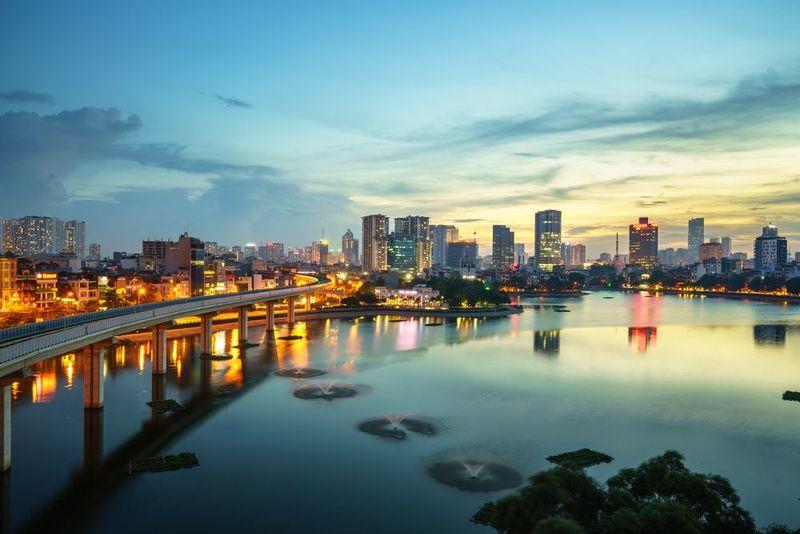 Recent reports of land fevers have raised concerns over the possibility of a real estate bubble in Vietnam similar to the historic one in 2008.

Eight out of 10 signs of a real estate bubble have been identified in the Vietnamese market, said Tran Kim Chung, deputy director of the Central Institute for Economic Management (CIEM) at a conference last week.

They are increased numbers of transactions, new constructions, areas under development, participants in the market; rising prices; and presence of projects that are bigger in terms of scale, value and funding.

The real estate market in Vietnam has seen a rush for land from late last year in Ho Chi Minh City and neighboring areas. Land in Dong Nai Province, northeast of Ho Chi Minh City, costs from VND72-90 million per square meter ($3,150-$3,980), which is nearly equal to some urban areas in HCMC.

Local residents and real estate agents said the price doubled last year's, and has climbed a further 30-50% so far this year.

On Phu Quoc Island, land prices in April were 10 times higher than in February, according to local invetsors. A square meter of land on the island can now fetch from VND20-60 million ($875 to $2,625), the Vietnam Real Estate Agency (VREA) said.

The two remaining signs that would nail down a real estate bubble are a hike in public investment and housing capital, Chung said. But since these factors are currently actually counteracting market overheating, the worst is yet to come.

Some experts, however, beg to differ. Read the rest of teh story @ vnexpress.net