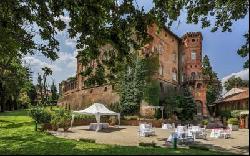 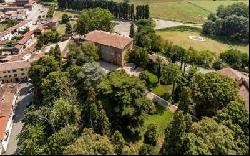 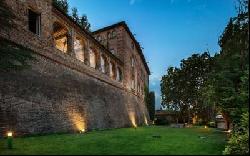 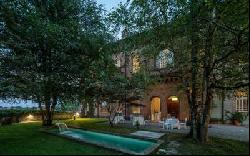 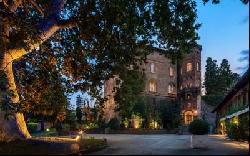 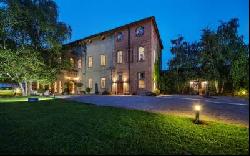 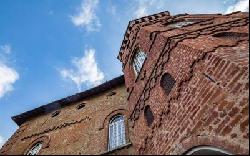 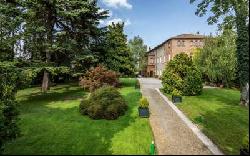 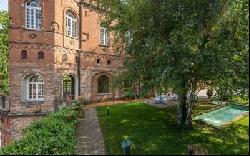 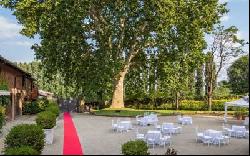 The property is located in the province of Alessandria in a charming village on the hills between Monferrato and Langhe. The Castle, which later took the name "Royal Castle" as it was purchased by Her Majesty Queen Cristina di Borbone, still retains the original defensive walls. The property consists of the castle and the former stables which are surrounded by a wonderful park with water features and green shaded areas which alternate with centuries-old trees and a bicentennial plane tree. The castle has been mentioned in official documents since 1367 when the town fell into the possession of Galeazzo Visconti however it is certain that prior to this there was already a fortress for defending the town. The Viscontis invested various families for the management of the town, the last of which remained in charge for over five centuries. In 1908 the Castle was declared a valuable national monument for its art and history by the Ministry of Education. The completely renovated property consists of: ? Main body of the Castle: developed on 4 floors for a total of 1,700 square meters. The main floor preserves rooms of historical charm such as the reception hall with coffered ceiling, the rooms connected to it which are embellished with frescoes from the early 1800s, and the loggia leading to the castle chapel, now deconsecrated. The first floor houses seven bedrooms with en-suite bathrooms; the second floor has two master suites with private bathrooms, all of a generous size. ? Guest quarters: separate building from the main body of the Castle once used as stables, it is now developed on two floors for a total of 580 square meters ? Park composed of several centuries-old trees, which completely surround the Castle for a total of 7,000 square meters. The small medieval town offers all the necessary services and the other centers of Piedmont are easily reachable such as Alessandria (13 Km), Asti (25 Km), Alba (51 Km). The location is also convenient from Milan (100 Km), Genoa (96 Km) and Turin (75 Km). The closest airport is Genoa, about 80 km away but the property is also quickly reachable from the Milan airports. Linate (115 Km), Milan Malpensa (135 Km) and Turin (113 Km). The location set between Monferrato and the Langhe is a world famous territory known for the production of a great variety of wines and has earned Unesco recognition for its history and for the indissoluble bond between man and landscape.
更多

Complex For Sale In Alessandria