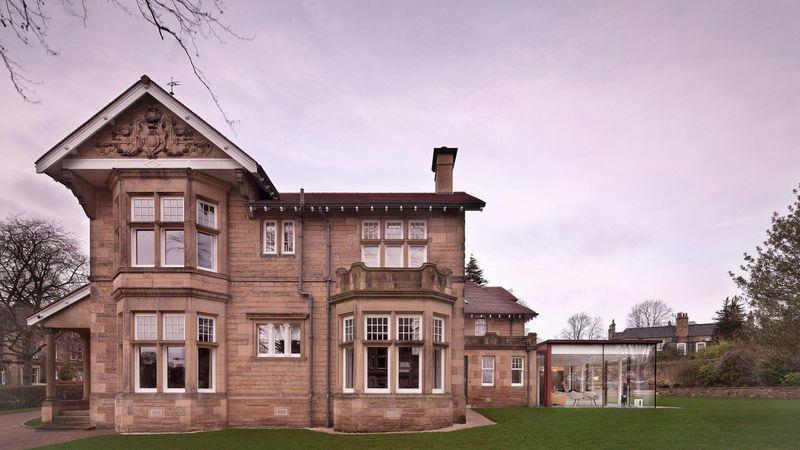 Called Edinburgh Pavilion, the minimal extension was designed as a deliberate contrast to the existing Grade B-listed structure. 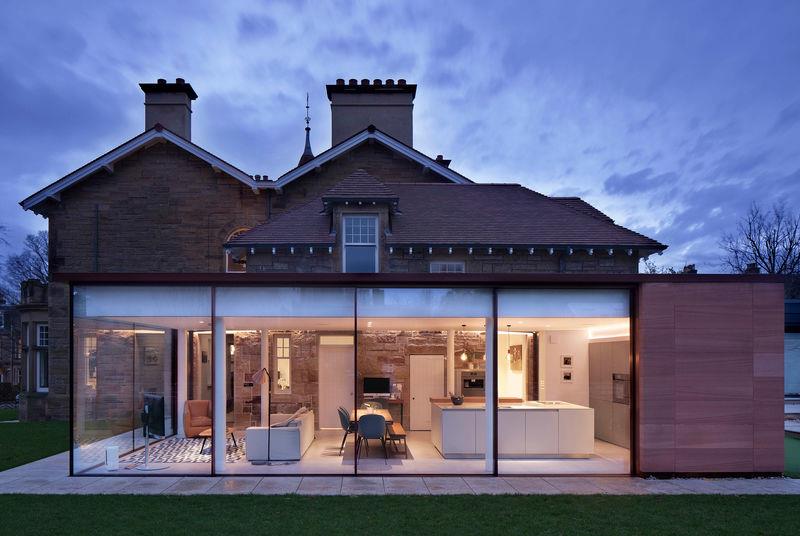 A new open-plan, light-filled kitchen and dining space are required to suite to modern living, with a connection to the garden.

The main house is laid out as a series of formal, large and well-decorated rooms. 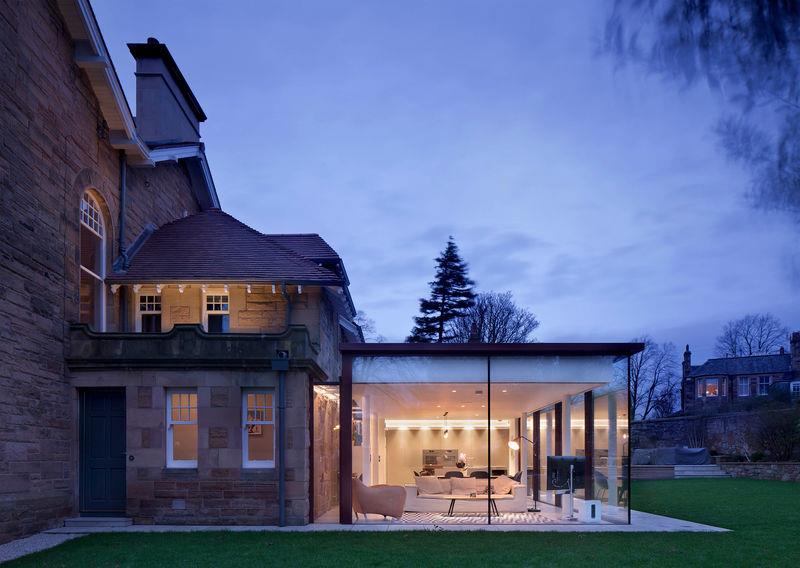 At its northern end, the extension has been clad with solid Corsehill, a red sandstone used in many buildings in Scotland. The material picks up on the colors of both the stonework and roof tiles of the existing home.

At its southern edge, an entry into the new living area is on-axis with the home's grand, central corridor. 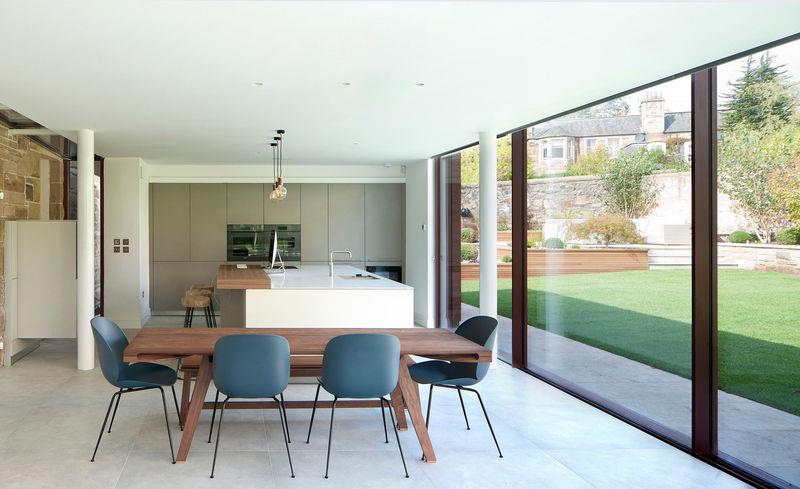 Modern light fittings have been added, along with a bay window seating area. 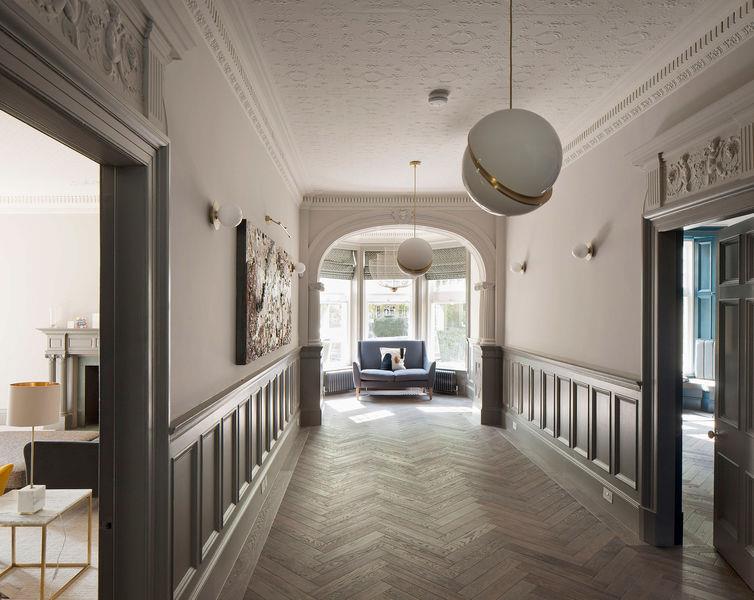 A simple white ceiling emphasizes the contrast between the existing stone wall and the new metal structure.