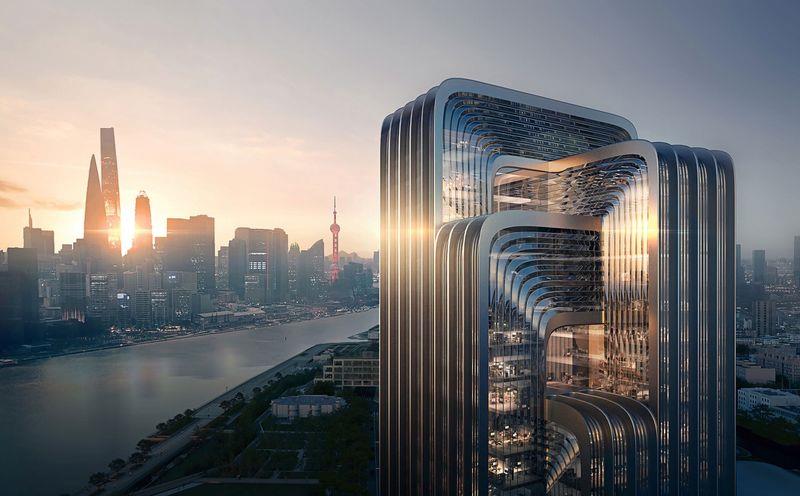 The 218,000 sqm project will be the ‘greenest’ building in the city with sustainability embedded into every aspect of its design and construction to achieve more than 90 credits in China’s exacting Three Star Green Building Rating system - the highest score for any building in Shanghai.

CECEP is China’s leading company initiating and funding projects with a focus on renewable energy.

The new building, designed by London-based Zaha Hadid Architects (ZHA), will be located adjacent to the Yangpu bridge on the Huangpu river.

The mixed-use urban campus comprises three office towers as well as shopping, dining, and leisure facilities linked by a park that connects directly with the city. 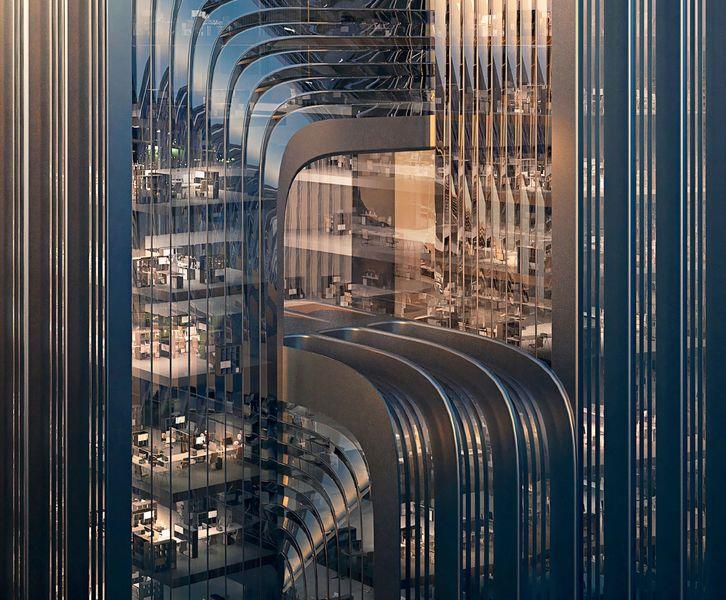 Striving to be as sustainable as possible, the project features thermal mass integrated into every building that provides reductions in both heating and cooling consumption, using mostly rlocally-produced, prefabricated components will reduce the project's embodied carbon and procurement will prioritize the use of recycled materials.

Photovoltaics placed on the roof level and within the façades provide on-site energy production decreasing its consumption by 25%, while the thermal ice-storage for cooling significantly lowers peak daytime electrical consumption when the cooling load is highest, the use will be minimized by extensive external shading and a waste heat recovery system.

And more, as rainwater harvesting.; non-resource-intensive, biophilic landscaping design, and an intelligent building management system will collate data to predict and optimise energy usage while biometric systems will eliminate contact with communal surfaces by staff and visitors.

The CECEP campus is ZHA’s second major Shanghai project following Sky SOHO, which was completed in 2014.