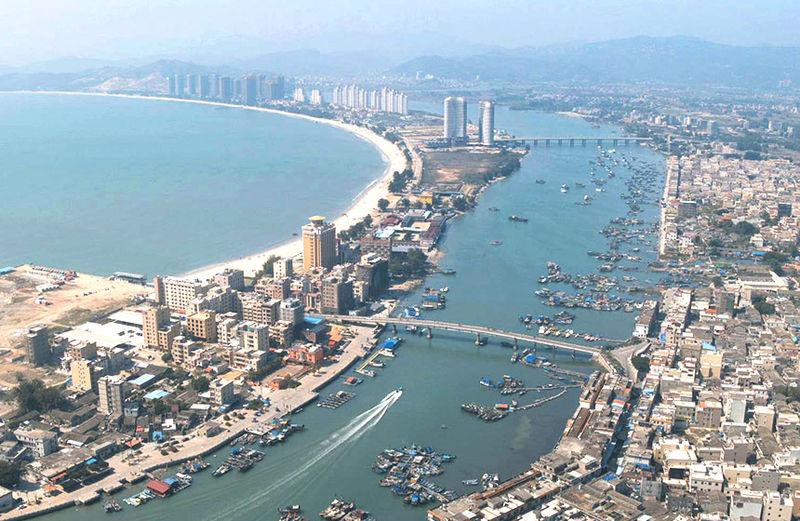 The southern Chinese city of Huizhou could become a “paradise” for investors from nearby Shenzhen after the latter tightened its rules for home purchases last week.

But they are still about a quarter of the prices in Shenzhen, whose house prices shot up 8% in the same period.

Huizhou, where there are no restrictions on home buying, is one of three cities that are at their highest levels since March 2016 when Centaline started gathering home prices in the bay area.

“People in Shenzhen are known for their active investment in stocks and property. Last week’s newly introduced restrictions on home purchases for local residents will spur property investors to look for alternatives in nearby cities like Huizhou,” said Andy Lee Yiu-chi, chief executive for southern China at Centaline Property Agency […]

About 30% of new homes in Huizhou are bought by investors from other mainland Chinese cities, mainly Shenzhen, Lee said.

Sales of mainland Chinese homes to Hongkongers had nearly ground to a halt since March when the Guangdong government imposed a 14-day compulsory quarantine to reduce the risk of spreading coronavirus.

“Because of the high investment cost in Shenzhen, Huizhou is a paradise to [investors] within the GBA,” he said.

The total transaction value for new homes in Huizhou rose 2.3% to 71.3 billion yuan in the first half of this year even as the number of deals fell 8% to 55,781 units.

The rise in transaction value was mainly because the average selling prices moved up 8.8 per cent to 12,203 yuan per square metre in the first six months of 2020.

“[Investors] are betting home prices in Huizhou will grow further because of the proximity to Shenzhen and the overall improvement in infrastructure,” he said.

The GBA refers to the Chinese government’s scheme to link Hong Kong and Macau with nine neighbouring cities in Guangdong – including Guangzhou, Shenzhen and Zhuhai  – to form an integrated economic and business hub.

Next year, the travelling time between Shenzhen and Huizhou will be cut to 30 minutes from an hour with the opening of the Ganzhou-to-Shenzhen high-speed rail link.