A Candy Pink Pied-à-Terre in London 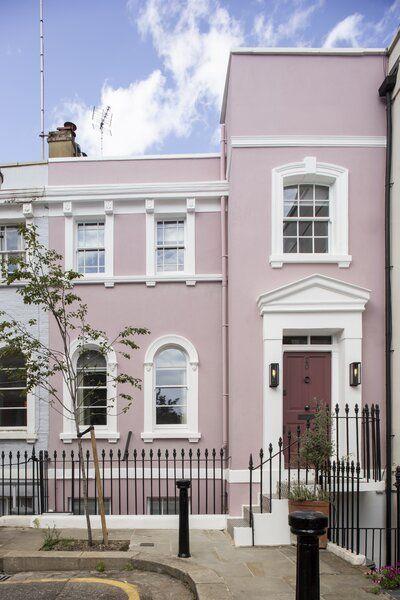 At the end of a vibrant street in Chelsea, London, a 19th-century mews house has been renovated from top to bottom by architecture and interior design firm TR Studio. The picturesquely pink residence belongs to a family that is predominantly based in the countryside. 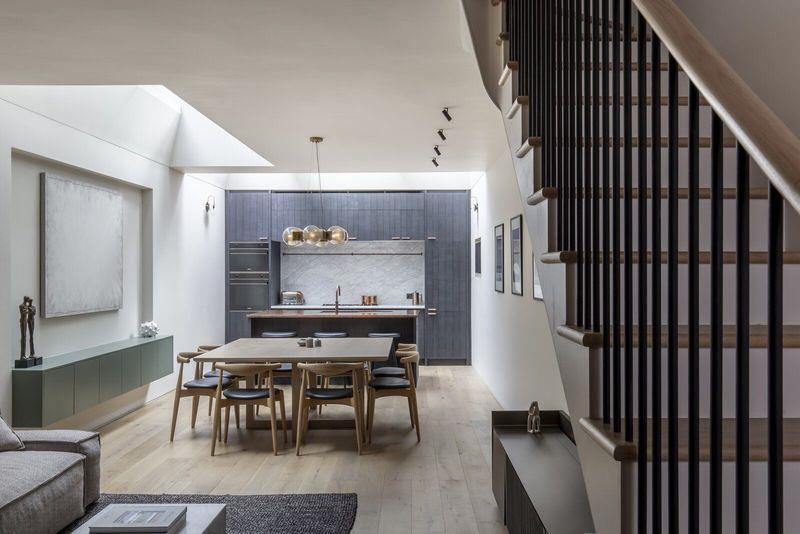 The designer  brought in large windows and skylights to ensure the entire home feels bright and airy despite its compact footprint of roughly 1,485 square feet. 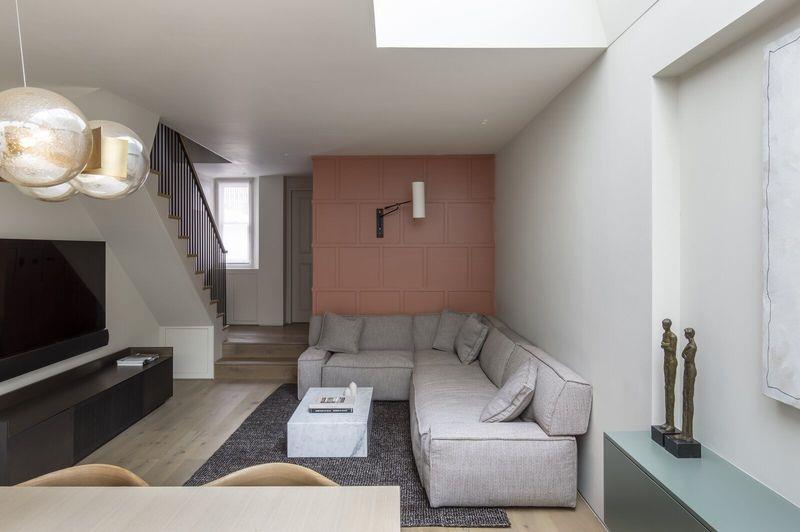 "It’s a playful project whilst remaining sophisticated and tasteful, Aside from structurally changing the layout and basement floor levels, aesthetically there are really nice touches throughout, such as a candy-pink facade; a bespoke curved staircase; a concealed, solid marble shower room hidden behind terra-cotta panelling; and a black timber kitchen." say the architects. 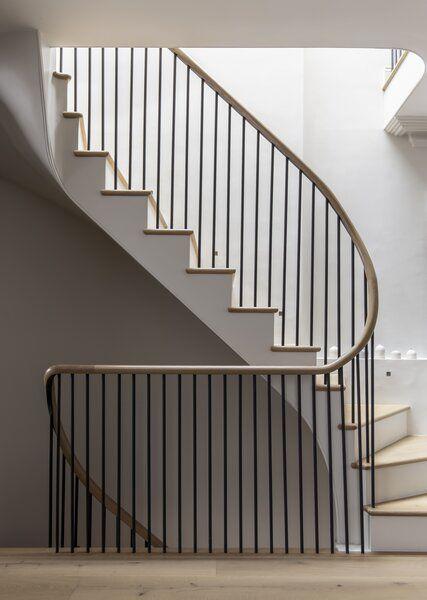 The Team claimed that a clash of color here and there, which brings joy to living and using the home. 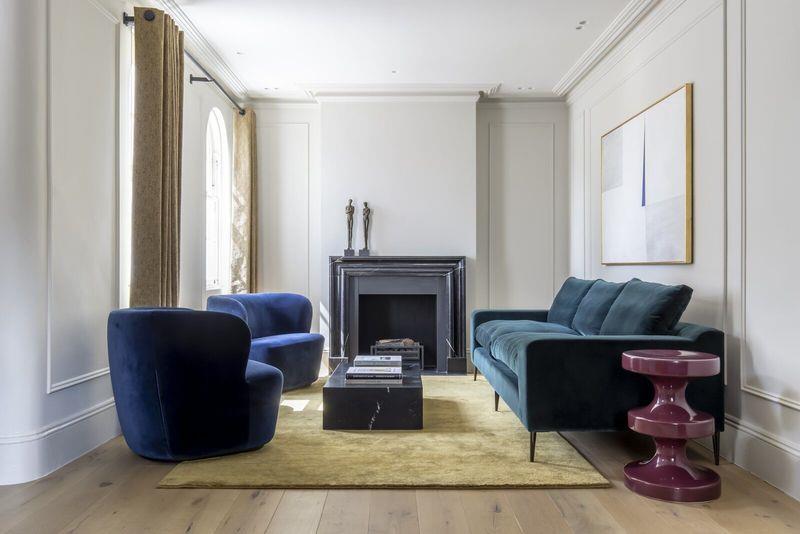