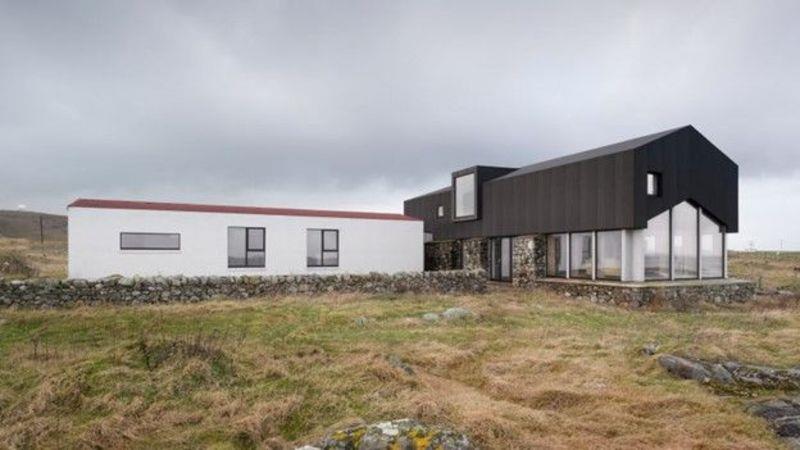 Architecture studio Denizen Works has completed a house on the Scottish island of Tiree, featuring a gable-shaped glass wall that recalls the outline of the derelict stone cowshed it replaced.

The previous owner of the site in the small township of Mannal decided to sell an existing house and the adjacent working yard as two separate lots, with the new building occupying part of the old farm complex. 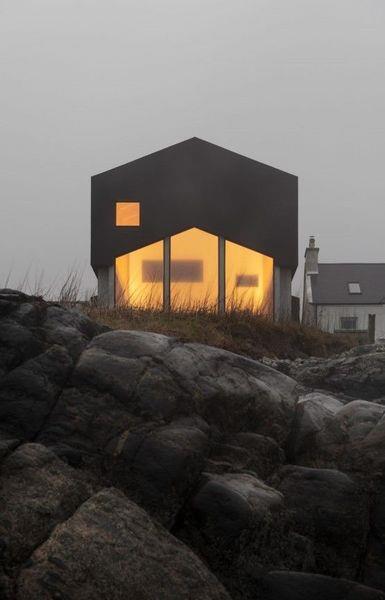 Mannal House is a home on the Scottish island of Tiree that was designed by Denizen Works. The site is elevated above the sea on the southeast tip of the Hebridean island, and the house is designed to make the most of views looking towards mainland Scotland over the Isle of Mull.

Denizen Works was commissioned to design a four-bedroom property to occupy a plot surrounded by other farm buildings and ruins. Among the ruins was a derelict cowshed, known as a byre, which was built from local stone but had fallen into disrepair and was missing a roof. The studio chose to position the house within the existing walls, which were rebuilt to retain one of the gable ends.