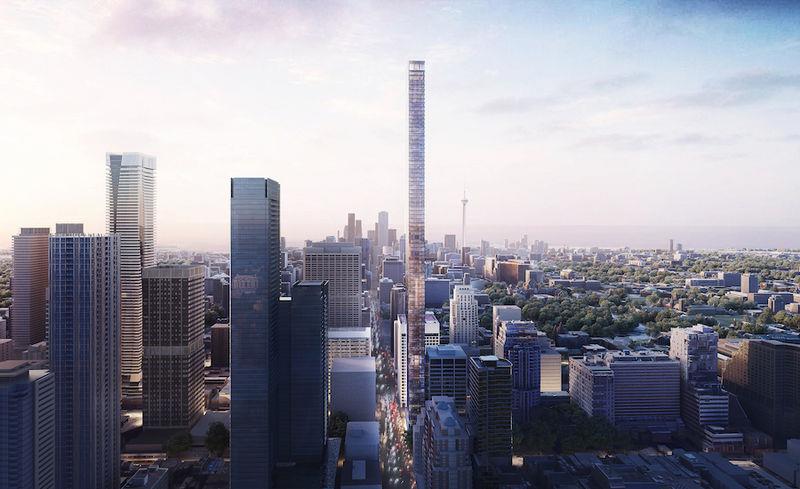 Award-winning Switzerland-based architects Herzog & de Meuron and Canadian studio Quadrangle have unveiled plans for a skyscraper in Toronto that will rise 324 metres.

The 87-storey skyscraper, called 1200 Bay Street, is proposed for a site in the city's Yorkville area on the northwest corner of Bay Street and Bloor Street.

If completed, it would be Canada's tallest skyscraper, taking the title from Foster + Partners' 306-meter-tall One skyscraper that is already under construction on Bloor Street.

The 324-metre-high building would have a 3:1 construction ratio, meaning that its length is approximately three times that of its width. Its height and slender proportions give way to the description of it being a supertall and skinny skyscraper. 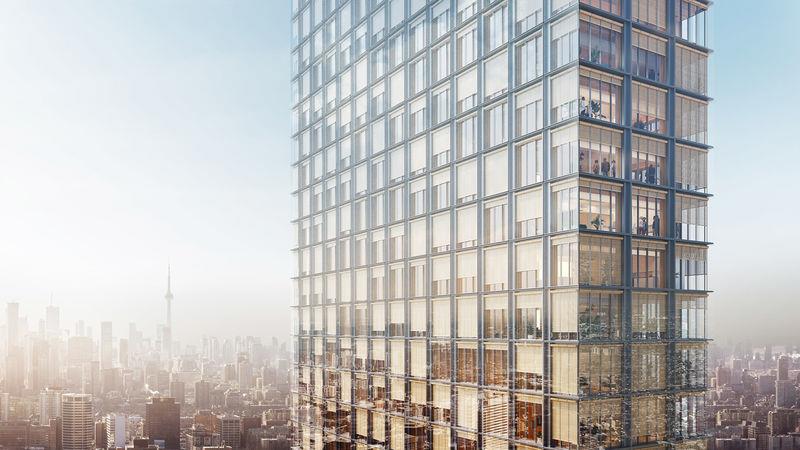 Herzog & de Meuron and Quadrangle were enlisted by Dutch management companies Kroonenberg Groep and ProWinko to design the mixed-use tower to replace a 16-storey commercial building from the 1960s that has offices and retail spaces.

The first 16 floors of 1200 Bay Street would comprise retail and office functions, and a level with private amenities would separate these from the residences above.

It would include 332 condominium units, ranging one-bedrooms to multi-storey penthouses, that would be spread over 64 floors.

On the top three floors, there would be a restaurant and lounge, and a lobby, for tenants, will be located on Bloor Street.