The house has been inspired by materials and construction methods common in Spain, both old and new. The colour green, used for the structural frame, was chosen to blend in with surrounding vegetation.

The slabs between the grid are formed of brick vaults, floating over the steel structure, which also served as scaffolding during the construction of the building. 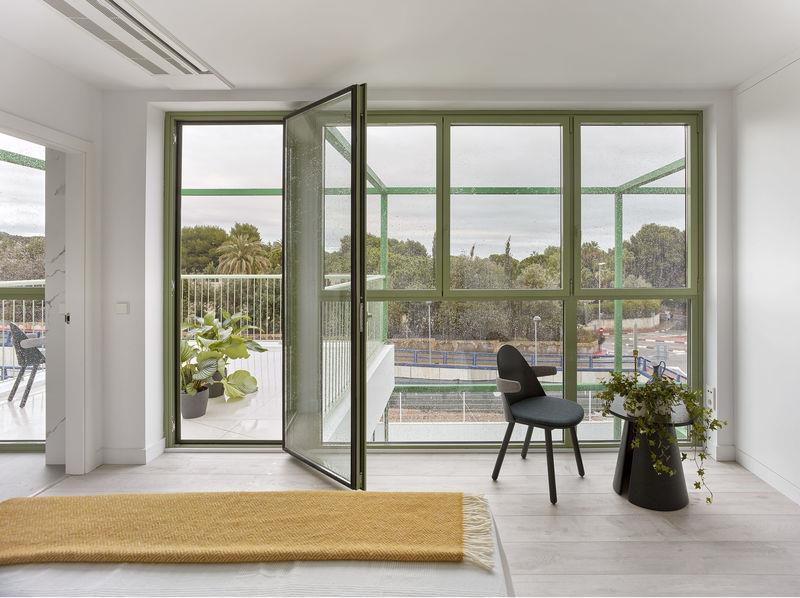 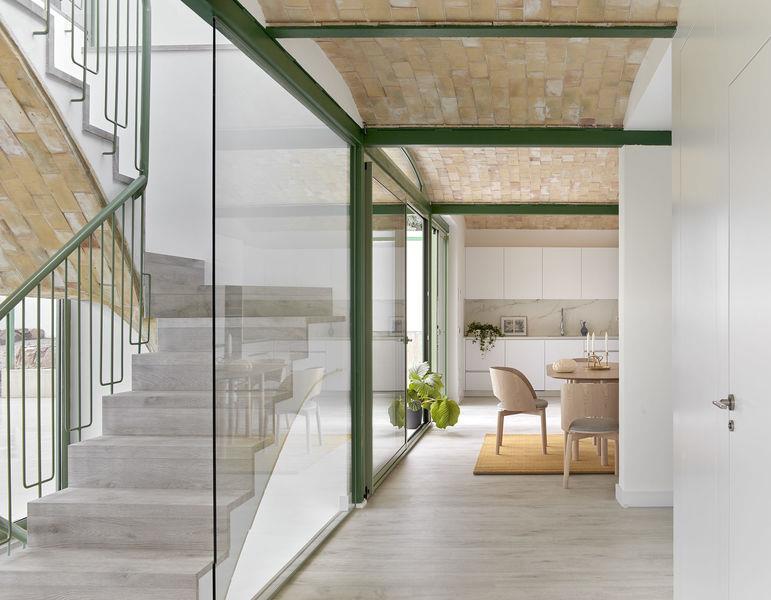 A central staircase is at the heart of the layout with rooms organised around it to minimise the use of corridor space. Sliding doors allow areas to be separated off as required. 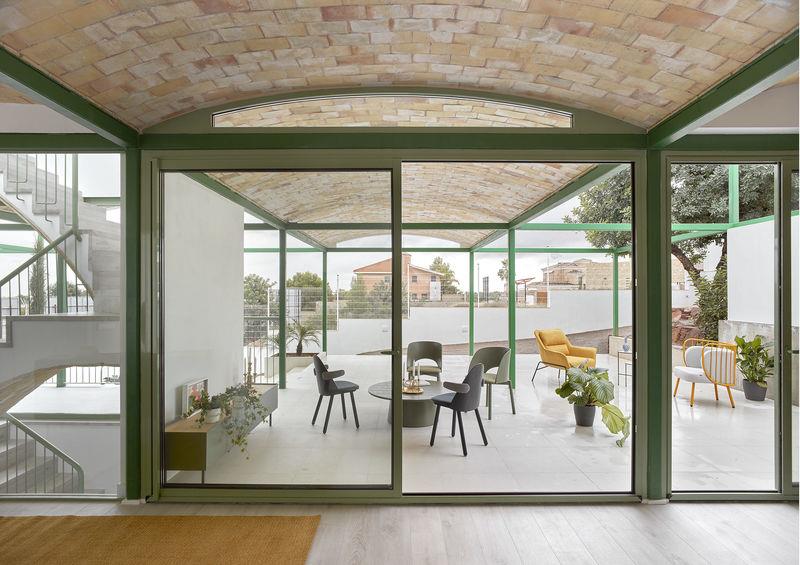