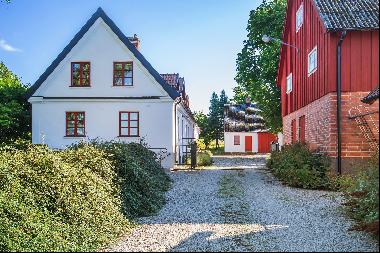 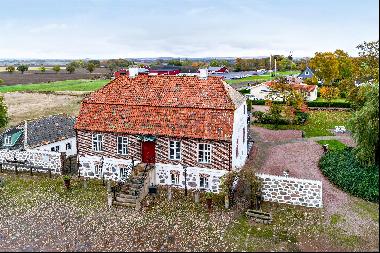 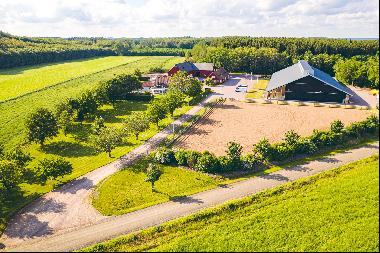 The Old Bursary in Landskrona (Off Market)

The Old Bursary in Landskrona

The Old Bursary is a unique and well-preserved waterfront property built in 1754 for Mayor Bernhard Oelreich. During this time, Carl Hårleman formed the city plan for Landskrona and in all probability also designed this house. Welcome!

The property was built during the years of 1754-1757. A few years later, the Swedish state acquired the building and it became the residence of General von Strussenfelt, appointed to be responsible for the major expansion of Landskrona's defense facilities. In addition to being the residence of the general and his family, it also served as office for the Fortification Administration. The treasury of the administration was also kept here, which has given the house its popular name The Old Bursary.
The residential gate leads into the paved courtyard. A two-floor courtyard building featuring typical 18th-century characteristics completes the courtyard to the east. For some time, you could find a Crown bakery here, which supplied the town's regiment with bread.
Nearly 200 years later, this property returned to private ownership in 1956. Restorations have been made in various stages during the latter part of the 20th century, with the aim of honouring the 18th-century characteristics of its interior. Today, The Old Bursary consists of four apartments, the largest of which is 13 rooms covering ca 400 sqm on different levels, featuring bright drawing rooms enfilade presenting high ceilings and views towards the Sculpture Park and the marina below. Many of the rooms have rounded corners and beautiful ornate tiled stoves from the 19th century. Several floors are original or from the 19th century, entrance halls and stairs boasting worn limestone from 1754 and hand-blown glassware from the 1800s. In this grand apartment you will also find a bespoke kitchen with stove from Lacanche and stunning motif tiles from Holland. The two additional apartments in the main building are ca 95 and 90 sqm in size respectively featuring similar preserved, unique details that create an original atmosphere. Between the main building and the courtyard house you will find a large and private courtyard radiating a lovely 18th-century feel, beautifully paved with cobblestones and trickles of limestone, in addition to a glass conservatory, ivy and a maple tree providing shade and comfort. The courtyard house containing the larger apartment that was built in 2006-2007 is reached from the courtyard. Several storage rooms can also be found here, WC as well as the old bakery.
Basement vault boasting fantastic cross vaults is utilized as a party venue, holding 60 to 80 people. The property is carefully restored and renovated through the centuries. Everywhere you look, the spirit of Hårleman and his delightful details create a great pleasure within.
More