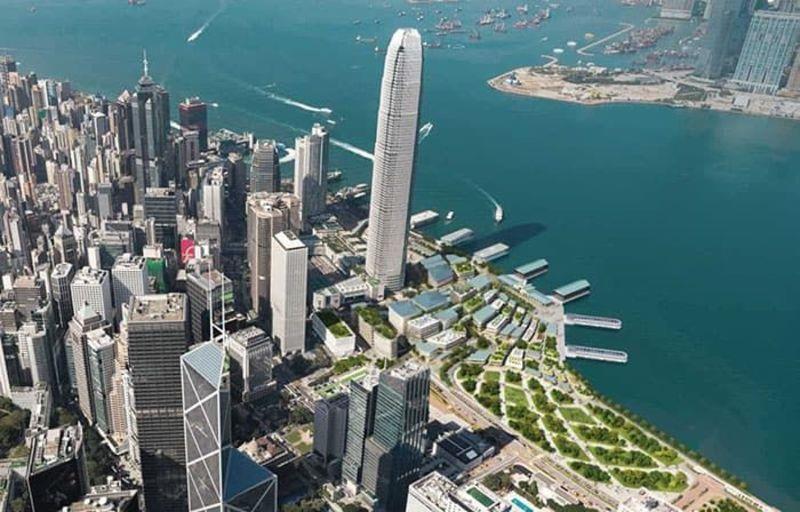 The government of Hong Kong announced on Friday that it had commenced the open tender of Site 3 of the New Central Harbourfront, a commercial plot that had earlier been projected to fetch HK$40 billion ($5.16 billion), with the sale process set to conclude on 18 June 2021.

“Our vision is for Site 3 to become a new landmark for Hong Kong, setting a benchmark for people-centric design with emphases on sustainable and urban design considerations as well as integration with the surroundings,” a spokesperson for Hong Kong’s Development Bureau said in a statement.

“Coupled with its prime harbourfront location, the integrated development will benefit Hong Kong both economically and socially,” the Development Bureau representative said.

“The Government hopes that this project can optimise development space by providing the maximum possible commercial floor space to address the city’s strong demand for prime Grade A offices, while creating a world-class harbourfront with quality public open space and pedestrian-oriented connectivity.”

In addition to developing up to 1.6 million square feet (150,000 square metres) of space, the purchaser will be required to provide at least 269,000 square feet of public space, a landscaped deck spanning two streets that fall within the site, and a multi-level pedestrian connection linking Central with the harbourfront.

Site 3 is also subject to stringent building height restrictions which limit the project to 50 metres in height at the western side, and 16 metres on its eastern side.

“Fronting the Victoria Harbor and located at the core area of Hong Kong, the Central commercial site is attractive and appealing to developers,” JLL Hong Kong senior director of Valuation Advisory Services Dorothy Chow said in a statement, “However, the city’s office and retail markets are currently in downturn as a result of uncertainties due to the COVID-19 outbreak, and developers would be conservative in their bidding.”

The sale of Site 3, which stretches from the Central ferry piers inland to Jardine House, is being teed up despite prime office rents in Central district having slid by 22.7% this year, according to JLL, which foresees leasing rates falling by a further 5 to 10% in 2021.

The terms of the tender indicate that Site 3 will include up to 500,000 square feet of office accommodation, as well as retail space and public areas.

The dual-stage sale requires bids to be considered for their design merits, as well as cash value, with the site which borders City Hall and will take over the current site of Hong Kong’s General Post Office, seen as influencing perception of the city as well as potentially creating a new social hub along the shore of Victoria Harbour.