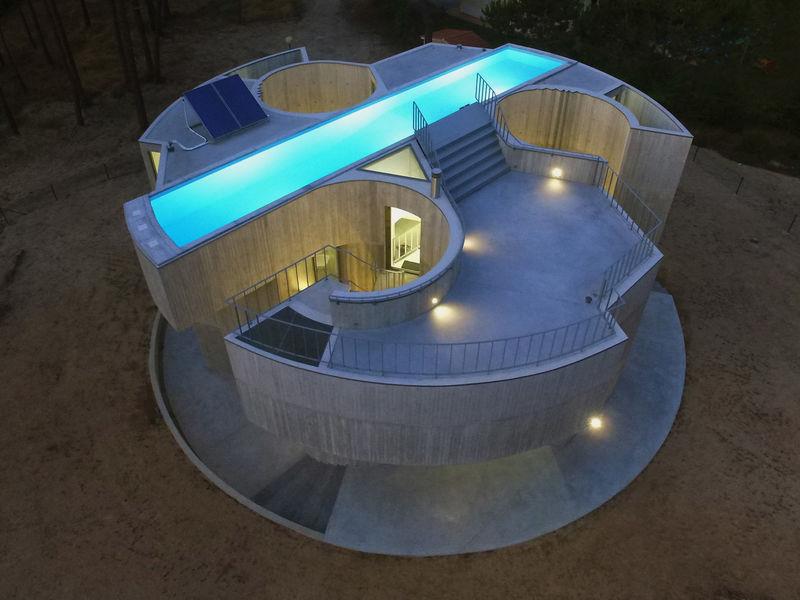 This is a house situated in a forested area in Portugal, its roof has an integrated swimming pool and it features three outdoor patio areas that ensure sunlight permeates within its interior.

Casa Trevo is named after the trefoil shape that its overall form takes and measures 300 sq m (roughly 3,230 sq ft), spread over two floors. Its concrete structure was cast on-site and the home was completed a few months ago.

"The project sits in a forest of pine trees, rising tall above a sandy terrain," explains Double O Studio. "Inside, the rooms are organized around three outdoor patios, circular in shape. They function as extensions of the interior spaces as well as being light wells and large openings for the living quarters below and sleeping rooms above. They also hold a beam of water, serving as a lap pool on the rooftop and whose underbelly is pressing down on the spaces below." 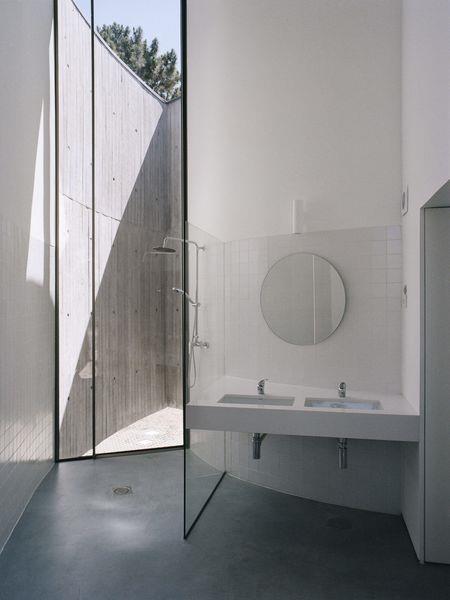 The interior, photographed before its owners moved in and without any soft furnishings or plants to take the edge off all that concrete, includes a dining room, living room, bathroom, and kitchen organized around a central light-filled atrium downstairs. There are three bedrooms upstairs, with a like number of bathrooms. 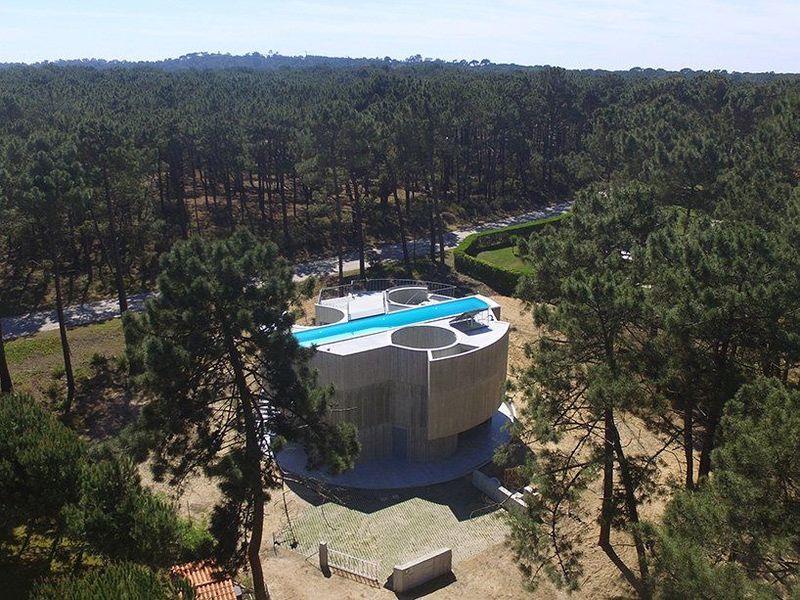 The rooftop area can be reached either via a wall-mounted ladder from outside or using an internal staircase and contains a terrace area and some solar panels, plus there's that all-important pool, which looks quite striking when illuminated at night. 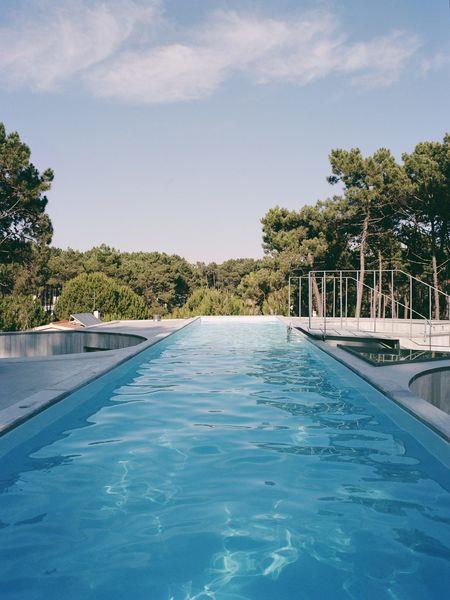