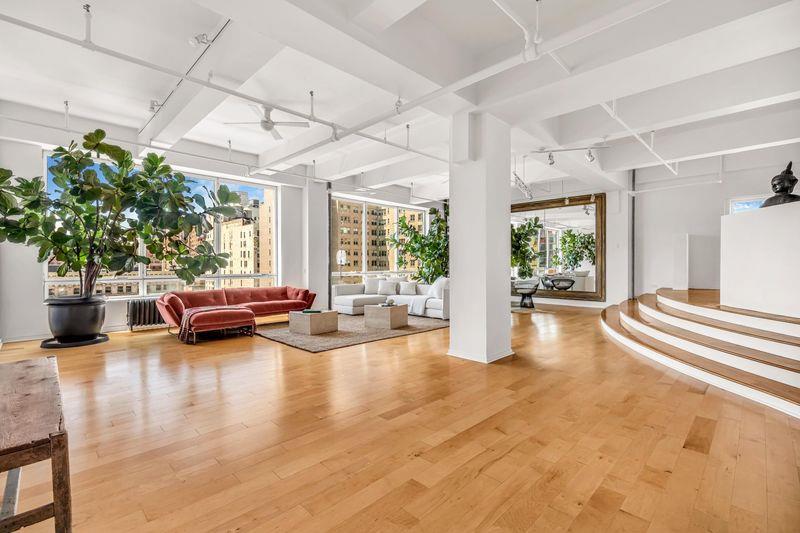 Susan Sarandon has sold her duplex, located in the Chelsea neighborhood of Manhattan, for the asking price of $7,900,000.

The 6,061-square-foot space, which takes up the seventh and eighth floors of a co-op building, was listed by Nikki Field and Mara Flash Blum of Sotheby’s International Realty back in July. 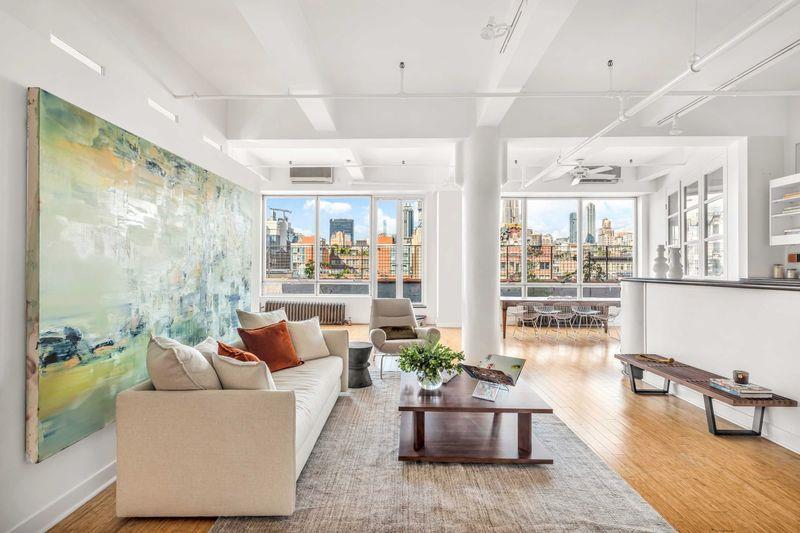 The unit is situated on high floors in a former industrial building that dates back to the 1920s, and that has since been converted into a nine-story co-op.

The actress purchased the home with her then-partner, actor Tim Robbins, back in 1991, and took full ownership of it upon their split in 2011. 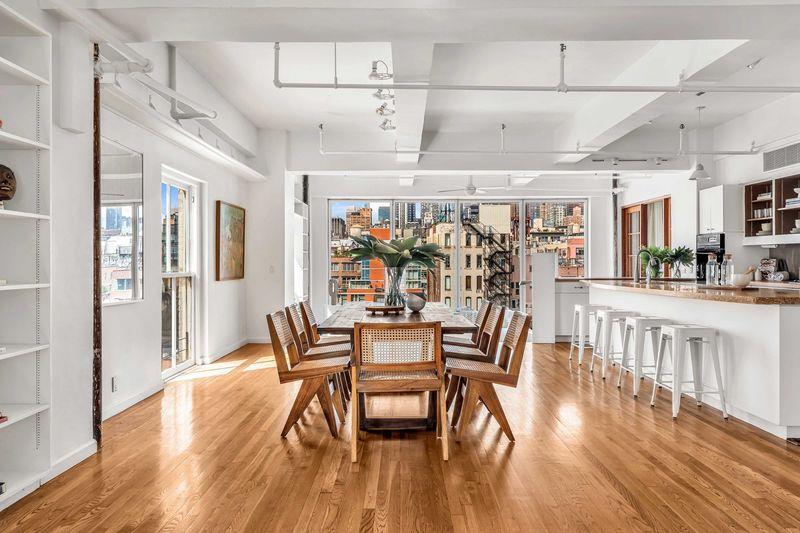 It features a total of five bedrooms and five bathrooms spread out across more than 6,000 square feet, with high ceilings, hardwood floors, and gallery walls throughout. 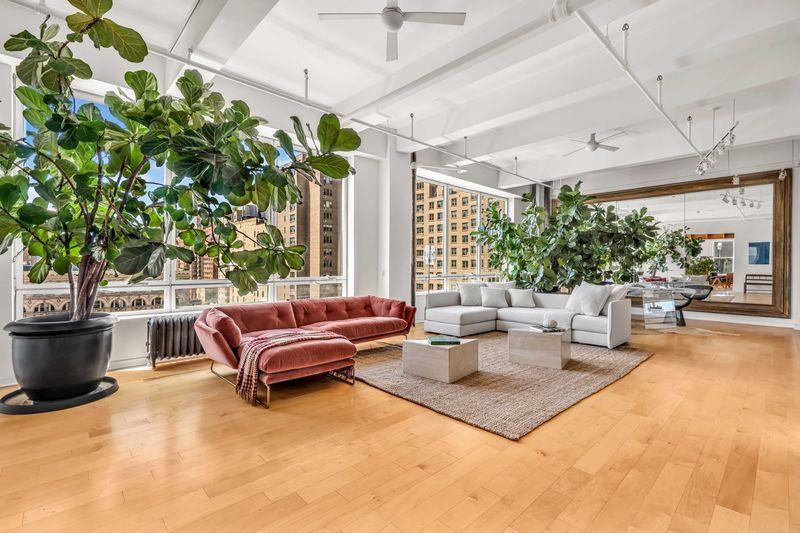 Common living spaces are bright and airy, thanks to numerous large picture windows, including a large living space that Sarandon and Robbins used for their children’s theater and dance recitals. 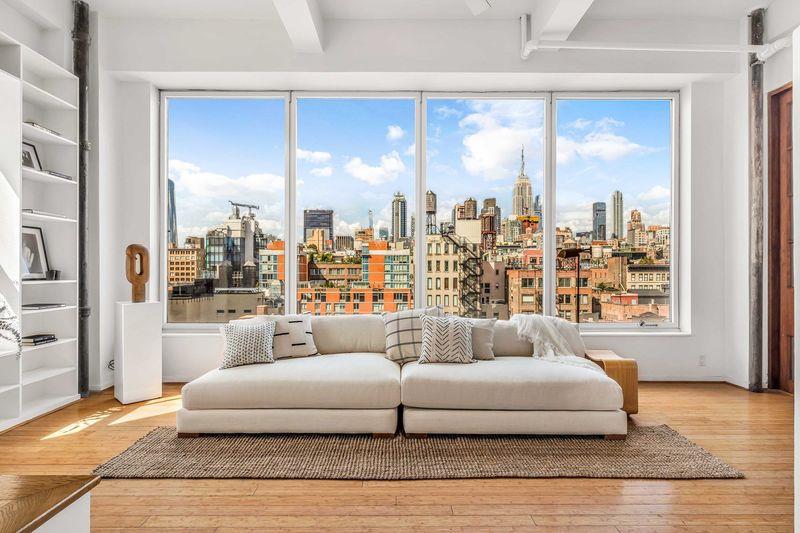 Other rooms on the top floor include a corner office with built-in shelving, a cozy den, an open kitchen dining area, a laundry room, and a guest suite. 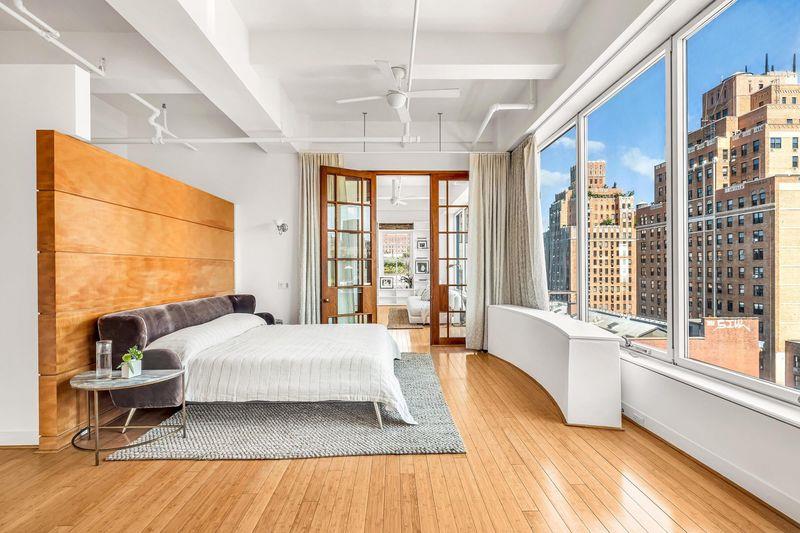 The top floor is also where the main suite is located, with its private balcony, deep-soaking tub, dressing room, and unobstructed views of the Empire State Building. 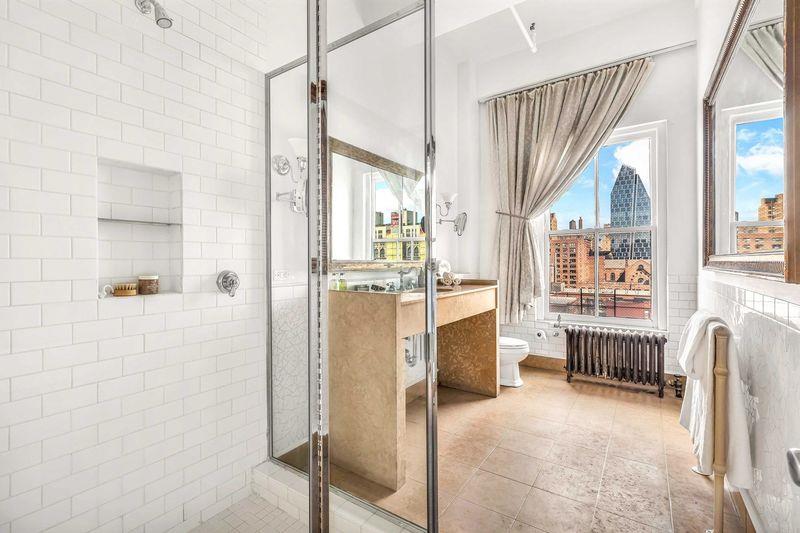 A custom-built staircase connects the two floors. On the lower level, there is a second den with a wood-burning fireplace and built-in bookshelves, the remaining three guest bedrooms, a second open kitchen, and a 43-foot terrace. 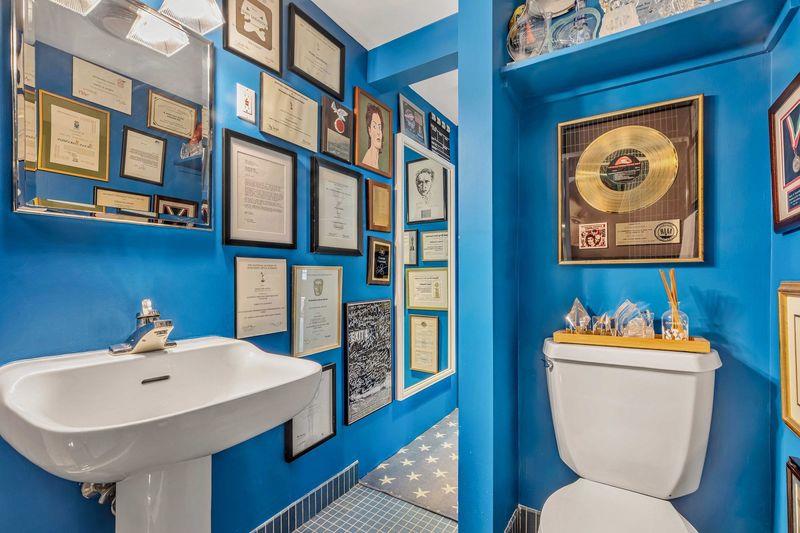 Sarandon definitely put her own unique touch on the place, including the cobalt blue “Academy Award bath,” which houses her many accolades.