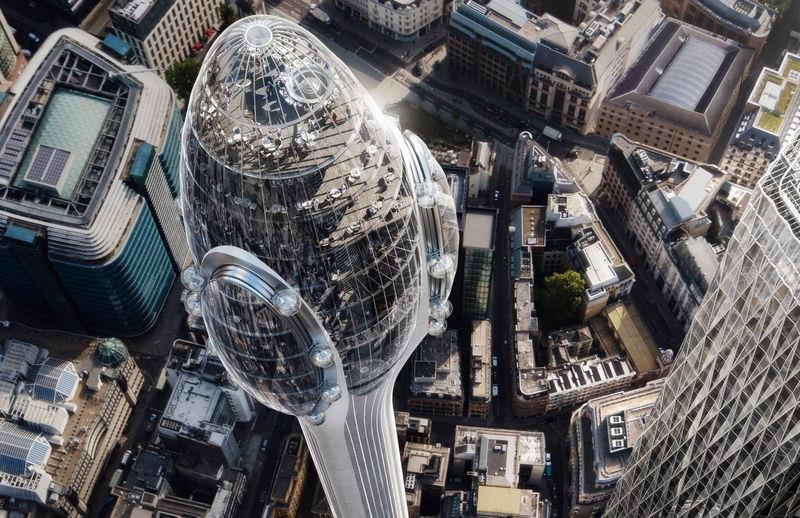 Foster + Partners has launched a planning appeal for the 300-metre-high Tulip tower, which was blocked by London's mayor Sadiq Khan last year.

The necessary papers were lodged at the City of London Corporation three days before the official six month window to appeal expired, reported Building Design.

Plans for the concrete tower topped by glazed viewing platforms, gondola ride attraction and educational facilities called sky classrooms had originally been approved by the government agency before the mayor used his right to veto.

Khan rejected the design because it was not a piece of "world class architecture that would be required to justify its prominence" and would give "very limited public benefit" to London.

British architect Norman Foster has defended his practice's design for the Tulip, saying the tower will become a "symbol in it's own right" on the London skyline.

"Like the Gherkin nearly twenty years ago, it is inevitably controversial, like the Gherkin it has the possibility of being a symbol beyond its host city," said Foster.

The Tulip was originally set to open in 2025. If  built, it would be the tallest structure in the City of London.