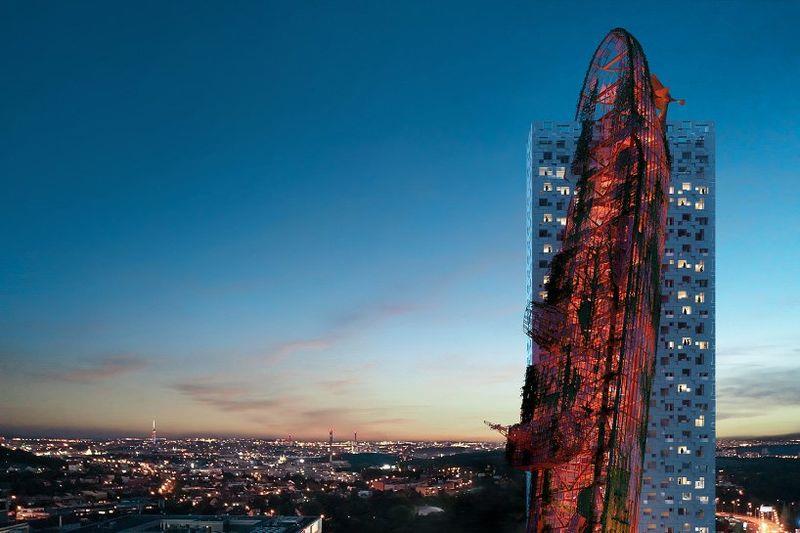 Plans are revealed for the ‘shipwreck’ skyscraper, which could be the tallest building in Prague, Czech Republic.

The tower looks as though a massive metal tanker ship has slammed into its façade. The ship will be covered in greenery, and is meant to conjure a post-apocalyptic scene while drawing attention to environmental issues. 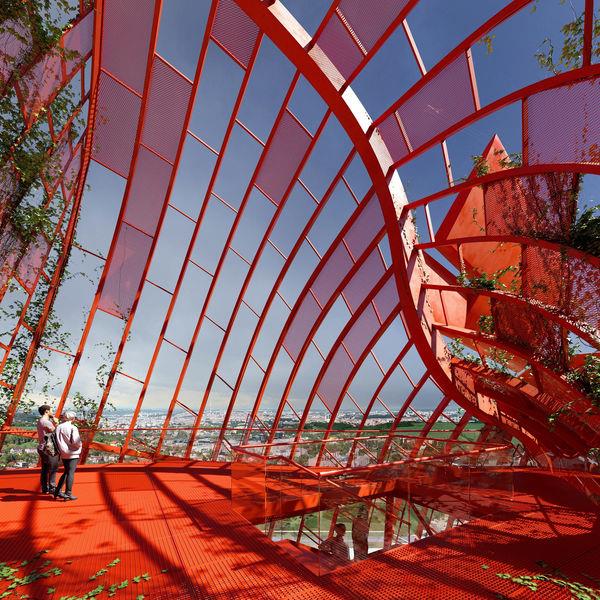 The project was designed by sculptor David Černý and architect Tomáš Císař from Black n´Arch.

It will primarily be used for rental housing, with offices and a cultural center on lower levels. There will also be a publicly accessible roof garden, and shops on the ground floor.

The building will offer a public lookout at the highest point of the tower that visitors could reach via a ski lift.

If approved, construction could start in 2021 and take three years , according to statement from developer Trigema. 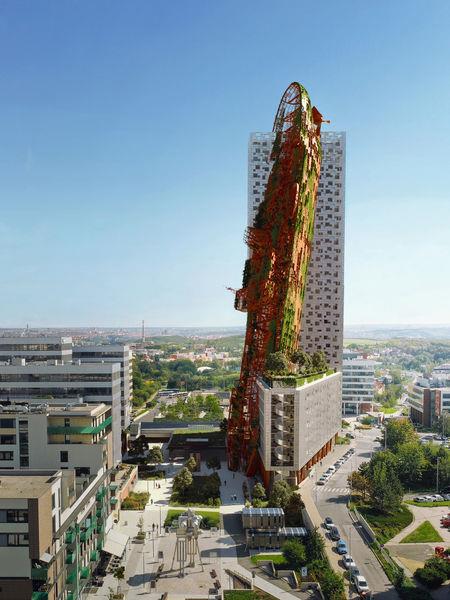